Make dough from flour, lukewarm water and salt. Roll out into small circlets. Sprinkle with white cheese and fold the circlets from their four ends to form an envelope. Bake on the stove plate. While still hot, top with salted water and grease with butter. Serve with fermented cabbage juice, sliced chili pepper and leek, sprinkled with paprika and topped with oil.

Dva pati tocheno (Twice rolled-out) is made from the same dough, however without white cheese. Grease the circlets with lard, roll them up, shape them into „snails“ and then roll out again. Fold in the same way. Bake on the stove plate. Top with salted water and grease with butter.

Finely cut the onion and stew. Cut the dock and scald in boiling water. Drain and cut. Add the dock to the onion to cook for a while. Sprinkle with paprika. Add some more water, as well as vermicelli or rice. When the soup is ready, settle with a beaten egg yolk, yoghurt, a little bit of flour and water, plus a little vinegar or lemon to make sure it won’t curdle.

Chop the meat and fry. Cut the leeks finely and stew. You may also add groats. Mix them and season. Stuff and roll up the cabbage leaves to make sarmi, arrange in a pan over a cabbage leaf and add salo pieces between them. Cover with a cabbage leaf and press with a plate. Pour over fermented cabbage juice diluted with 50 percent water. Cook the stuffed leaves at a low temperature.

Other interesting places and recipes 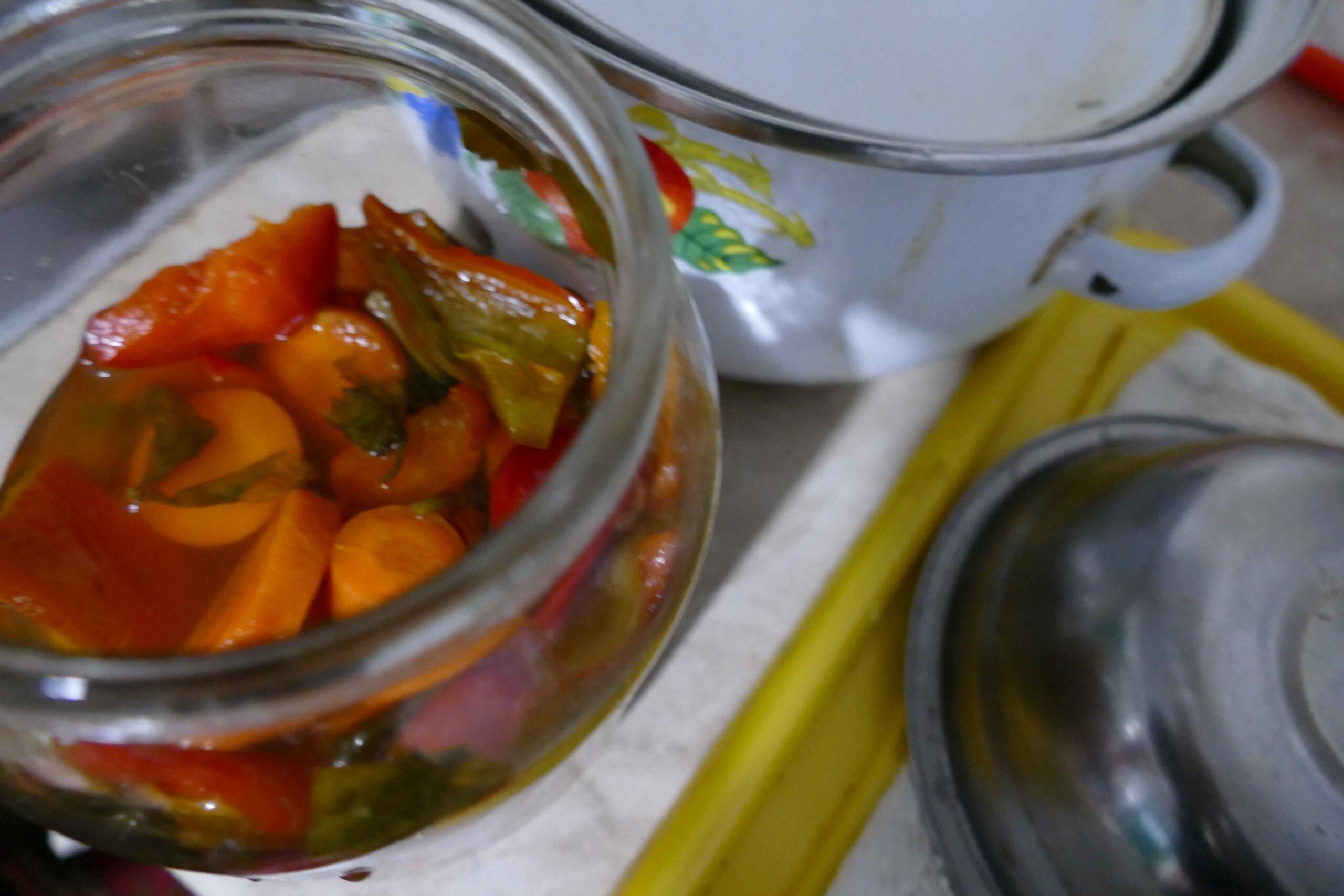 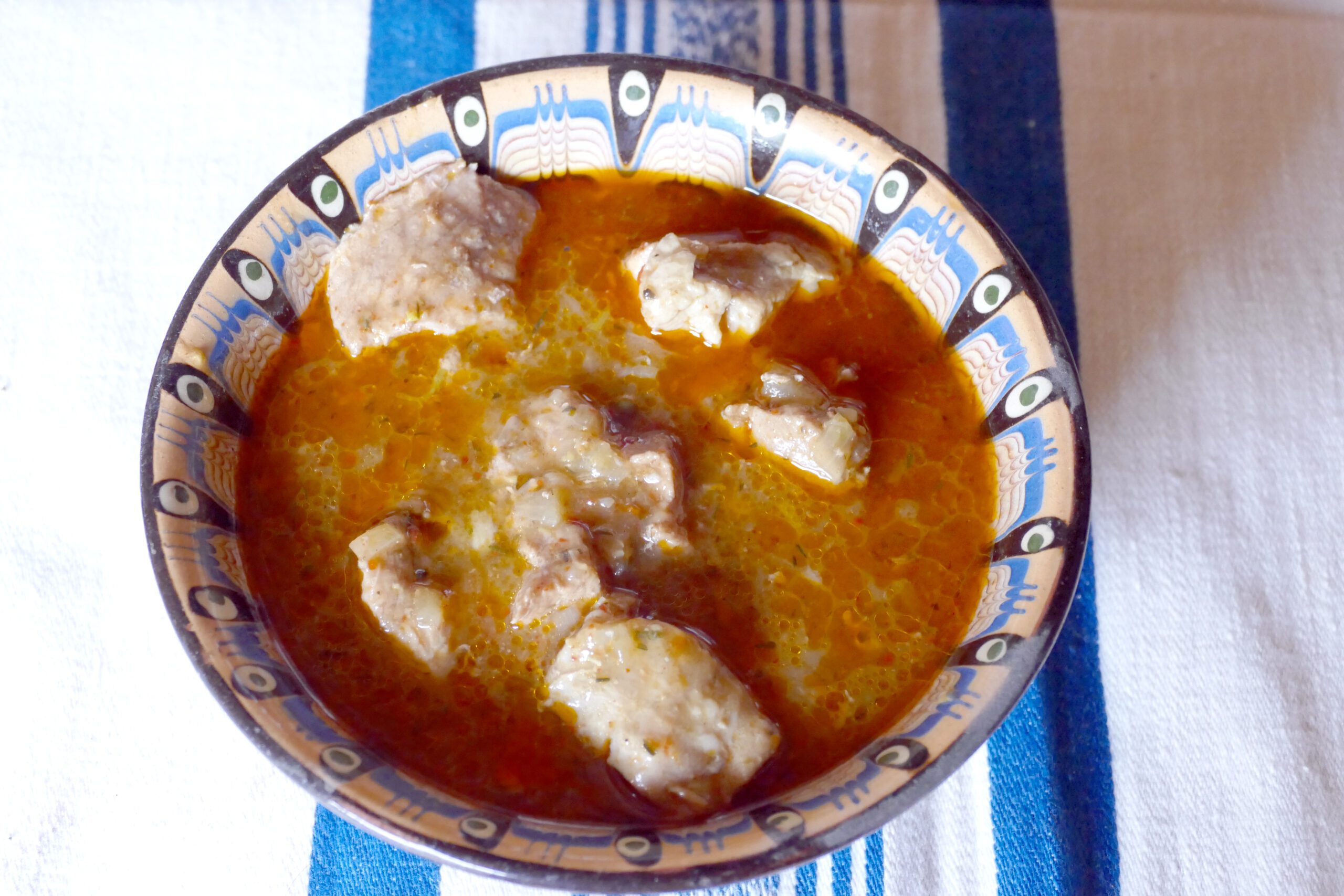 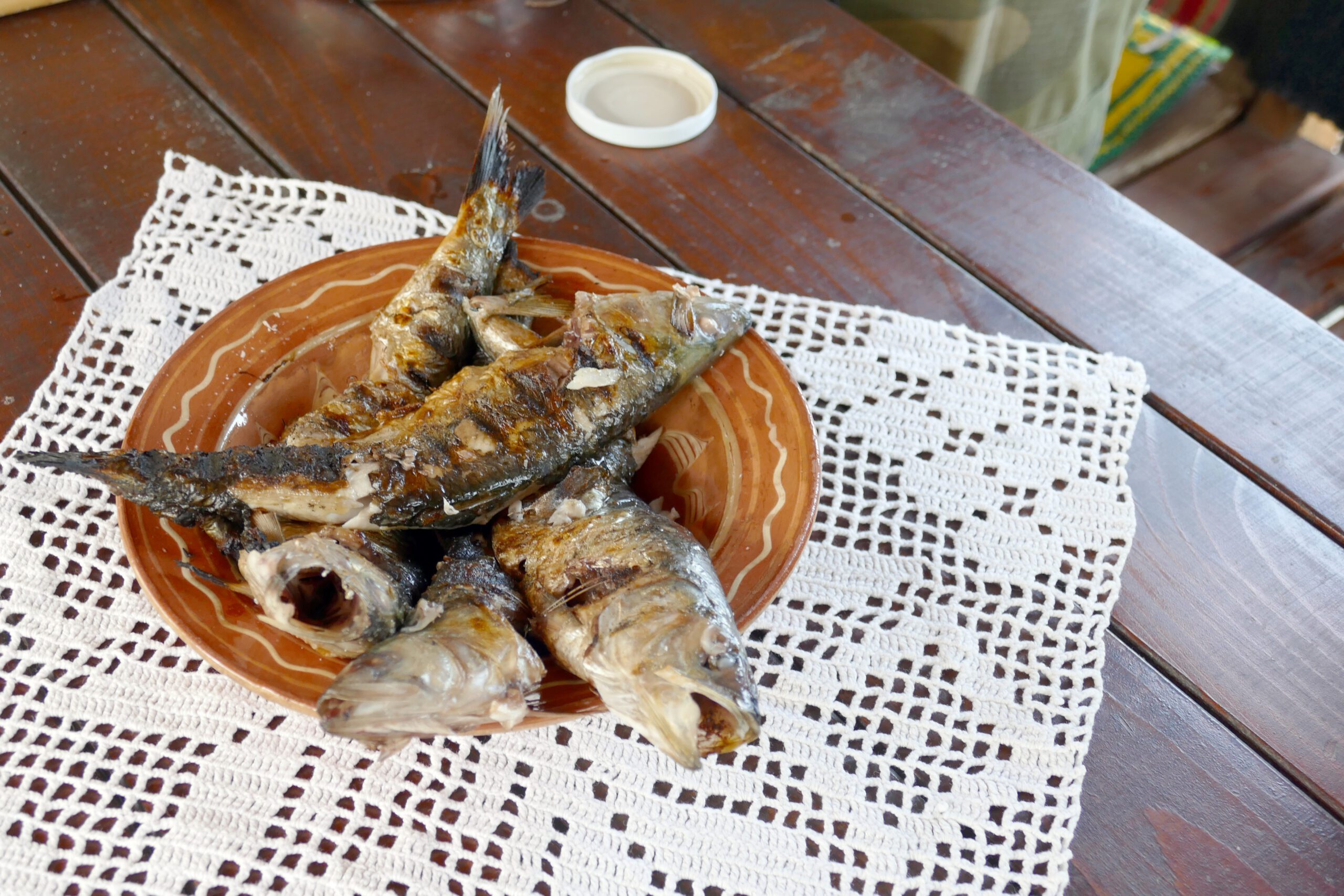 Mackerel on tsakaliya Ingredients: fresh mackerel (pike, barbel, catfish), salt Method: Clean the mackerel from the inwards, but keep it whole together ...